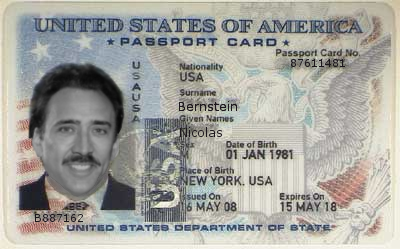 We’ve all gotten them. They are evil, funny and perplexing. Email scams.

“SIR – I’M IN NEED OF HELP TO SEEK YOUR IMMEDIATE ASSISTANCE. I AM RELATIVE OF RECENTLY DECEASED PRINCE AKEEM JOFFER OF ZAMUNA AND HAVE AN ACCOUNT WITH $55 MILLION US DOLLARS READY TO BE TRANSMITTED. ALL I NEED IS YOU TO….

I’ve always wondered why scammers don’t come up with believable stories written in decent English. The reason turns out to be pretty simple. Nigerian scam artists aren’t trying to increase the number of leads they get, they are trying to attract a very specific type of person. According to a Microsoft research [report}(http://research.microsoft.com/pubs/167719/WhyFromNigeria.pdf),

The most profitable strategy requires accurately distinguishing viable from non-viable users, and balancing the relative costs of true and false positives.

Who are the most likely targets for a Nigerian scammer? Since the scam is entirely one of manipulation he would like to attack (i.e., enter into correspondence with) only those who are most gullible. They also need, of course, to have money and an absence of any factors that would prevent them from following through all the way to sending money.

Since gullibility is unobservable, the best strategy is to get those who possess this quality to self-identify. An email with tales of fabulous amounts of money and West African corruption will strike all but the most gullible as bizarre. It will be recognized and ignored by anyone who has been using the Internet long enough to have seen it several times. It will be figured out by anyone savvy enough to use a search engine and follow up on the auto-complete suggestions. It won’t be pursued by anyone who consults sensible family or friends, or who reads any of the advice banks and money transfer agencies make available. Those who remain are the scammers’ ideal targets. They represent a tiny subset of the overall population.

Scammers don’t want a bunch of reasonable people to respond to their emails. Reasonable people will ask questions, raise objections, call the authorities or even entertain themselves by ridiculing the scammers. That’s valuable time the scammer could be spending firing off emails to desperate people with yahoo email addresses.

A Southwest Virginia woman tells the Better Business Bureau she has lost $140,000 in a years-long romance scam. The consumer, who wishes to remain anonymous at this time, says she received a friend request on Facebook in early 2012 from a younger man who seemed interested in her romantically. Recently widowed, she says she was in a vulnerable and lonely place. Soon after befriending her, the man started asking for money during chats on Yahoo Messenger.

“He said he was living in Nigeria working for a construction company, but was originally from Texas. He kept saying he couldn’t wait for us to be together.”

From early 2012 to August 2014, she wired the man more than $100,000 in funds using her home equity account, close to $20,000 from her husband’s life insurance policy, and all her savings. His requests for money ranged from airline tickets to basic living expenses, always promising to pay her back. She was even warned by both the bank and her family that such scams were out there, but didn’t listen.

The scammers dumb emails are actually pretty smart. They attract only the most gullible or desperate, precisely their target market.

Conversion rate optimization gets a lot of attention. Blog posts, books, conferences and entire companies are dedicated to improving conversion rates by a few tenths of a percent. And with good reason. Boost a conversion rate from 1% to 2% and you may have just exponentially increased the growth rate of your company. That’s pretty compelling.

Optimizing ad performance is also a sexy topic for marketers. Again, it’s crazy not to optimize your ads. Squeezing clicks out of an ad campaign can pay off handsomely. Juice your click through rate from 1% to 2% and you double your traffic instantly.

But optimizing only for clicks and conversions is only half of the equation. You also need to keep an eye on how your changes impact the LTV (Life Time Value) of your customers. If you do a better job convincing people to buy from you who are less than ideal customers, improving CTR (Click Through Rate) and conversion rate can be counterproductive.

Doing a better job getting people to click or hand over their credit card, is usually a good thing, but not always. While this example is a bit extreme, it’s not hard to imagine how a particular traffic source, ad or landing page might have a higher conversion rate and a relatively lower CAC (Customer Acquisition Cost) but also drive customers who churn more or don’t buy as much.

Intuitively, we know this. It’s the reason we have limits to what we’ll test. Putting a scantily clad lass or lad on an ad will drive more clicks. Intrusive pop-ups will get you more email addresses. Exaggerating your features will make more people sign up. But it’s not just that these tactics make us feel icky, we also know there is a fatal long term cost to the short term gains.

By all means, optimize, but like a good email scammer, remember clicks or leads aren’t the end goal. Focus your resources and attention on driving profitable customers that will grow your business.