Last year AT&T paid $400 million so that the Dallas Cowboys would play in AT&T Stadium for the next 20 years. Just imagine the bar-room arguments that erupted.

Will AT&T’s $400 million naming rights deal influence more people to use AT&T? And if so, how much should AT&T pay for a deal like this? This is the very question that marketing attribution tries to answer.

Marketing attribution is simply the process of figuring out which marketing events cause a desired outcome. Did a Google search persuade someone to buy something or was it a Facebook ad? Maybe it was a little of both.

Below are the most common models for attribution most marketers are using today. For simplicity, we’ll look at models that are based on “clicks” but attribution can also be impressions or other actions.

With first click attribution, all of the credit goes to the interaction that first generated the click. Any clicks after that aren’t counted.

This provides a severely limited view of your marketing activities and this model really only makes sense if you are looking to create a brand in the market and subsequent clicks don’t matter. 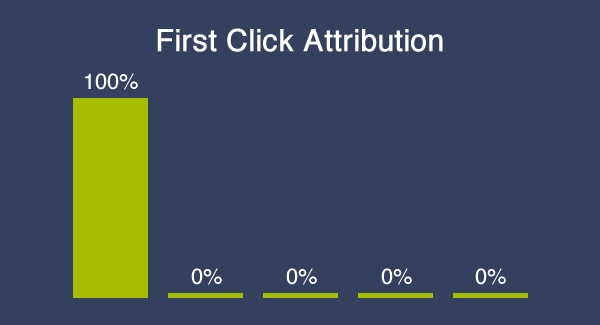 While this one of the most common models, it can be dangerously misleading. If your ads or interactions are designed to get people to buy immediately and repeated exposure to your brand isn’t that valuable then this model could work, but that’s rare for most businesses. People need to think about and/or trust your product or service before they buy it and repeated interactions almost always have some value. 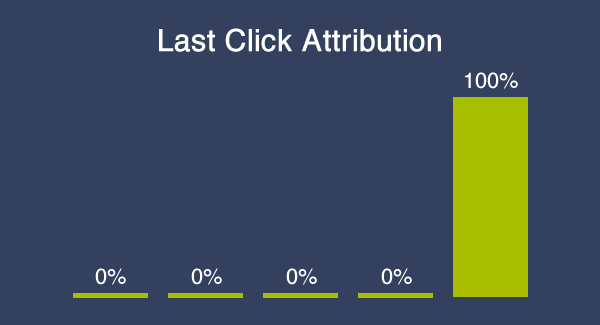 Here, the last AdWords click in a conversion path gets all the credit for conversion in Google Adwords.

This type of model is helpful when comparing keywords or ads in Google Adwords, but it shouldn’t be used for looking at your overall marketing efforts as it gives all the credit to Adwords. 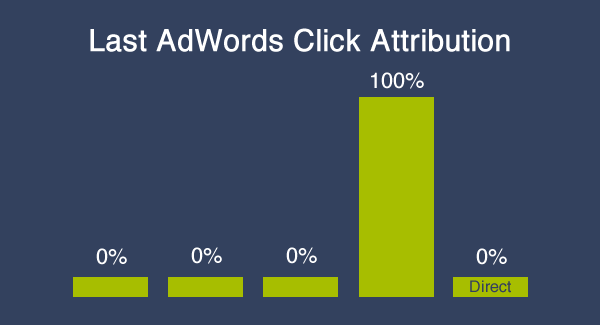 In this model, credit is distributed evenly to clicks/interactions. So if there were five clicks, each click would earn 20% of the credit.

This model isn’t used nearly as much as it probably should be. If it’s important to stay in front of prospective customers throughout the sales cycle this is a good model to consider. 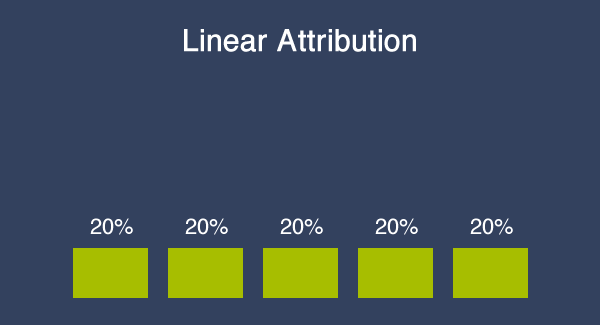 The case for time decay is that the earlier interactions don’t deserve as much credit since a person didn’t convert soon after seeing them. Time decay attribution actually allows for a great deal of opinion since the amount of weight placed on the most recent clicks can be customized. A lot of weight can be placed on the most recent clicks, or the weight can be spread more evenly, much like linear attribution. 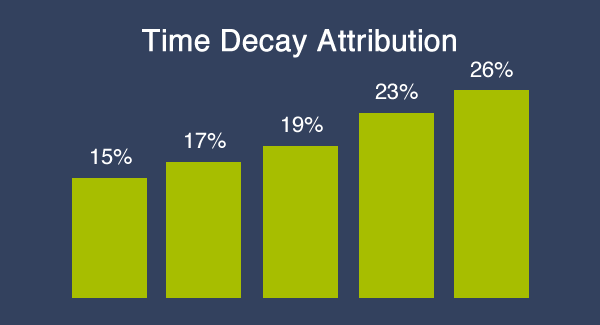 In position based attribution, more credit is given to the first and last interactions and the remainder of the credit is distributed evenly through the interactions in the middle.

The reasoning here is that getting someone to take a first action and getting them to convert are the two most valuable clicks. The ones in the middle have value, but not as much. 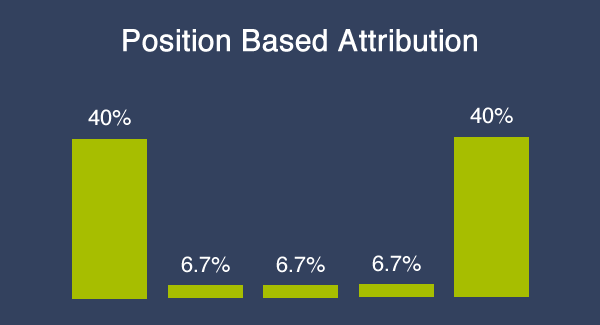 A custom attribution model is a model that assigns different weight based on business-specific inputs.

The danger with custom attribution is that it’s tempting to place weight on a particular channel or interaction based on a faulty hunch. It will feel like you are making data-driven decisions, but an analytic framework doesn’t matter much if it’s based on faulty assumptions. 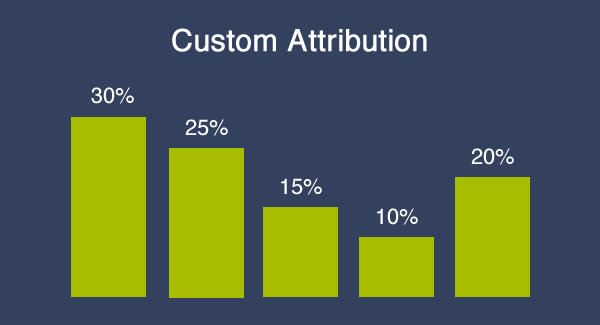 One way to think about assigning custom weights in attribution is to run an experiment on two different groups of potential customers who are part of your existing marketing funnel. You could send an marketing email to one group of people and no email to another. If the group who received the email had a statistically significant increase in the number of conversions, you could make a case that the email has a greater impact on conversions and should be given more weight.

You could also influence weights if you are confident that people who have come from a certain channel are already familiar with your brand from another channel. A good example is branded keywords. If someone is searching for your brand, they already know about it from some other channel and it would make the case that branded search shouldn’t receive the same credit. The same goes for someone who comes directly to your site.

Another thing that could influence the weight is whether a channel sends “good” or “bad” traffic. Two channels may send the same number of conversions, but one channel may send customers who don’t spend a lot of money or don’t become long-time customers.

So, if someone came to your site from Facebook without converting, but came back later by going directly to your site Facebook would get all the credit. 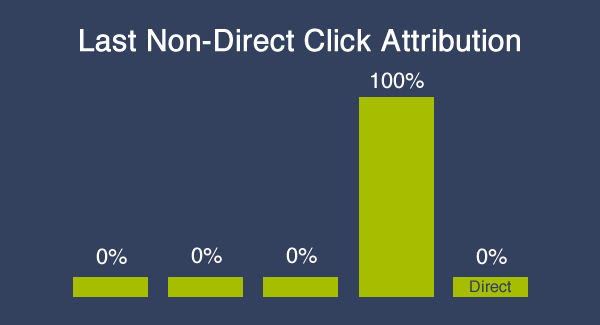 With direct visits, people already know about your site so it is intuitive to ignore that data and simply look at the the other traffic sources. However, ignoring direct traffic can be a little misleading because direct traffic may be driven by factors you are not considering in other parts of your attribution model. If you do that you are giving more credit to known factors and less credit to unknown factors.

None of these attribution models are perfect, but when used properly they are a heck of a lot better than guessing.