Don Gould, a creative director, was listening to a Bob Seger album and heard the song “Like a Rock.” He thought it embodied the truck’s toughness and hinted that the owners were strong and self-reliant. People loved the ad and they ran with the concept for over a decade.

This classic ad features super model Cindy Crawford driving up to a roadside rest stop in a red Lamborghini with two young boys looking on in awe. She gets out, buys a can of Pepsi out of a vending machine and seductively downs the drink. The the boy says “Is that a great new Pepsi can or what?”.

McDonald’s “Nothing but net” commercial aired during Super Bowl XXVII. In the ad, Larry Bird challenges Michael Jordan to a game of Horse, with the winner getting a Bic Mac. “We actually had to have Larry challenge Michael to the game because we couldn’t have Michael make the challenge because of his gambling situation at the time.” explained Jim Ferguson, who was on the creative team for the ad. Bird and Jordan began with simple H-O-R-S-E challenges that slowly elevated to crazy shots. “Larry added the line, ‘No dunking.’ “At the last second our lawyers realized we didn’t have commercial clearance to use the Hancock Building,” said Ferguson. “Eventually I think we traded to the rights to use it for a basketball autographed by Jordan and Bird and I think $100. Nobody ever thought it would turn into what it did.”

California Milk Processor Board, Got Milk? – 1993 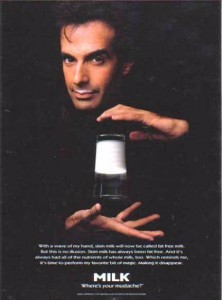 The ad was simple, and used happy beautiful people donning a milk mustache to create a lasting impression. The first year it came out California milk sales increased 7% in just one year and today the campaign has 90% awareness in the US market. 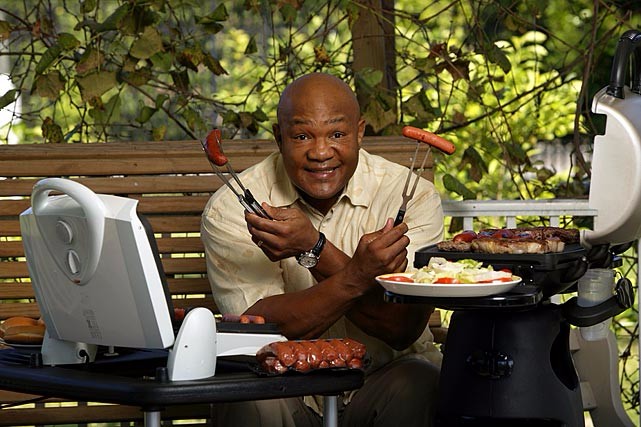 George Foreman GrillGeorge Foreman’s endorsement deal with Salton is one of the most lucrative in sports history. The enthusiastic, lovable former boxer almost didn’t do the deal, but decided to go for it after his wife tried the grill and liked it. He enthusiastically a pitched on the long-running infomercial that went on to sell over 100 million grills. Because of the favorable terms Foreman struck, Salton decided to buy out Foreman for $137 million.

ESPN Sports, This is SportsCenter – 1995

The original concept of ESPN’s “This Is SportsCenter” ads, was that the network’s offices were the center of a fantasy sports world where athletes and mascots lived and worked together with anchors and journalists. Every other sports marketer held athletes up as superhuman, but ESPN poked fun at the idea by portraying them doing menial tasks and enduring a banal office life. The original premise has been unchanged and they’ve done hundreds of spots since. 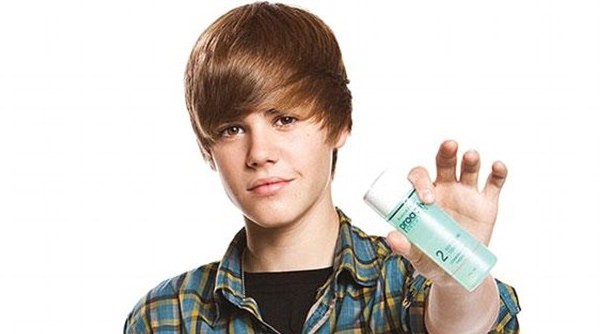 Sure, these ads were a little pushy. Every few minutes and announcer would tell people to “call now” and offer discounts if you call in 3 minutes. But with a $200 million media budget along with celebrity endorsements by P. Diddy, Katy Perry, Britney Spears and Vanessa Williams, these commercials moved product, a lot of product. In 2010 Proactiv sold $800 million of its skin care products.

These ads depict a Coke delivery man who secretly loves Pepsi, set with the background music “Your Cheatin’ Heart’. In one ad, the delivery man is caught on a security camera trying to steal a can of Pepsi from its cooler. In the process, he loudly sends shelves of Pepsi cans crashing to the floor.

The 1997 “Think Different” ad campaign marked the return of Steve Jobs after a decade hiatus. The most famous ad was “Here’s to the Crazy Ones”, which showed historic footage of Muhammad Ali, Martin Luther King Jr. and Mahatma Gandhi.

MasterCard, For everything else, there’s MasterCard – 1997

It’s not an easy task, but MasterCard comes off as an almost human credit card company. They do this by acknowledging materialism and invoking a subtle sense of humor with their slogan. ”There are some things money can’t buy. For everything else, there’s MasterCard.” The first of these Priceless ads was run during the 1997 World Series and they have been running variations ever since. These ads have spawned many parodies, some of which MasterCard sued over. Oh never mind about that almost human part.

Like so many of the great ad campaigns the Chihuahua got it’s start accidentally. In 1997 Taco Bell used the Chihuahua with an attitude as an minor character in a single commercial aired in the Northeastern United States. But people loved the dog so much that Taco Bell created an entire campaign around the dog an launched it nationally in 1998.](#xxxxx)

Southwest, Ding – You are now free to move about the country – 1997

Southwest ads that ran presented funny, embarrassing situations where people want to “get away”. The ads were usually associated with the simple, but powerfully memorable audio ding, and the phrase “You are now free to move about the country” which plays on the in-flight announcement when the pilot announces it is safe to unbuckle seat belts and “are now free to move about the cabin”.

Whassup was originally a short film written and directed by Charles Stone III. It featured several of his childhood friends sitting around talking on the phone and saying “wassup?” in a hilarious way. Ad agency DDB got a hold of it and aired it on Monday Night football. The spot drew immediate complaints from some older racist Anheuser-Busch distributors who worried that it was too “urban” for the classic American brew. But Anheuser-Busch stuck with the campaign and it became a cultural phenomenon.

The gecko appeared 1999 during a Screen Actors Guild strike that prevented the use of live actors. In ad the Gecko pleads people confusing “gecko” with “GEICO” to stop calling him him. The VP of Marketing, Ted Ward said, “It was not my favorite campaign, personally,” says Ward. “I quickly became much more fond of him as we sold more policies.” Like it or not, since the gecko appeared, Geico has become one of the fastest-growing auto insurance brands.